Wigan family fly to Poland for life-changing surgery for Hallie

Hallie Campbell is an amazing little girl who lives with an ultra rare condition called AADC deficiency. It is a condition similar to Parkinsons Disease, which means that Hallie can’t walk, talk or even sit up by herself.

Last December we fitted an adaptation for Hallie, so that she could travel in the car with her family, something they hadn’t been able to do for a long time.

Hallie’s Mum and Dad, Lucy and Andrew, have independently raised £70,000 for Hallie to travel to Poland to have life-saving pioneering surgery.  The operation is called Gene Therapy. The idea is that surgeons implant a non-mutated gene into Hallie’s brain using a virus that’s been made safe. That gene then spreads through her cells and starts to produce the enzyme AADC which currently doesn’t work in Hallie’s body. That enzyme is needed to send signals to the brain between nerves.

ITV’s Granada Reports are following Hallie’s story and if you didn’t manage to see it, you can follow the link below to watch the most recent footage…. 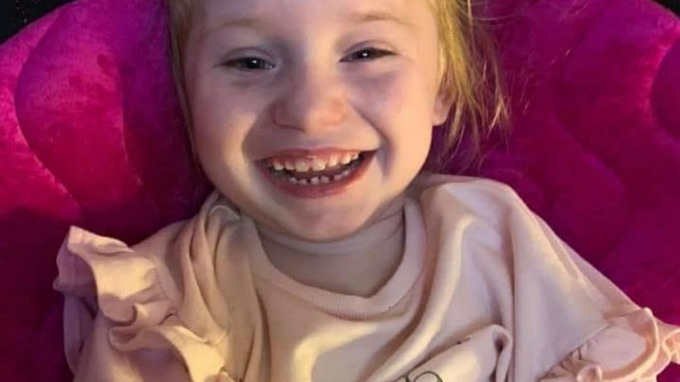